At the Make Lemon Aide Foundation for CP, we’re proud to have a strong, diverse team working together
to overcome CP. If you’re interested in joining Team Lemon Aide, contact us.

Our Board of Directors keeps the foundation focused on our mission and main objectives. 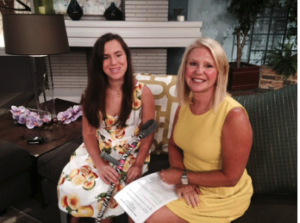 Sherry runs the day-to-day operations of the foundation, including planning all fundraisers. She works closely with the rest of Team Lemon Aide and the Lemon Aide Warriors, drawing on her experience with the Carborundum Company and Marcus & Millichap (the largest national firm of its kind), where she handled advertising, events, and trade shows.

Sherry is also Lauren’s mom. When Lauren was born premature at 27 weeks and weighed only 14 oz., Sherry knew she was a fighter. Lauren was only one year old when she was diagnosed with CP. That’s when Sherry and her husband, Peter, researched as much as they could and discovered that there was no federal funding to help children with cerebral palsy. It was then that Sherry decided that she wouldn’t stop until cerebral palsy was no longer known as the forgotten disability. Sherry and her family live in Milton, GA with Lauren’s younger sister Margaret – the biggest Lemon Aide Warrior. 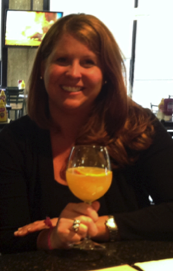 As the Marketing Executive for the Foundation, Carol enjoys watching Lauren bring people together to raise awareness and funding for cerebral palsy. Her experience in consumer advertising, event marketing, and branding makes her the perfect addition to the team. 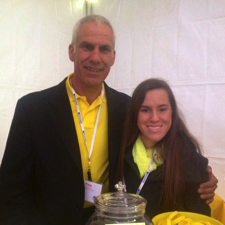 Peter is Chairman of the Board of Directors as well as Lauren’s dad. He has been by Lauren’s side since day one, working to help the foundation bring cerebral palsy awareness to everyone’s hearts and minds. Outside of his work with the Foundation, Peter is the Executive Chairman for Shermco Industries, a Dallas, TX-based company that provides electrical testing, maintenance, repair, commissioning, engineering, and training services. In addition, he is a member of the Board of Directors for Solomon Transformer Corporation. His past positions include CEO and COO positions at engineering companies, as well as management positions at General Electric.

Bob is the Corporate Secretary of the Make Lemon Aide Foundation for CP. In his professional life, he is Senior Vice President, General Counsel, and Secretary of NAC International Inc. in Norcross, GA. Prior to his present position, he spent ten years in Washington, D.C. in private law practice serving the energy industry and as a patent attorney. He has held senior counsel positions with the Exelon Corporation and Florida Power and Light Company.

Bob earned an MS degree in engineering in 1974 from the University of Illinois and a JD degree in 1984, cum laude, from New England School of Law in Boston. He lives in Milton, GA, with his wife Paula and their daughter Kayla. Bob first met Lauren in 2003, when he and his wife moved into the Walier’s neighborhood. Since then, he has watched her grow, drive, and strengthen herself in becoming “a lovely young lady – and an inspired spokesperson for the disability community.” He nominated Lauren for the Young Heroes of Fulton County program and was exceptionally proud when she received the Francis McKibben Award. Sponsored by the Fulton Teachers Credit Union, this honor recognizes students who exhibit “the most tenacity and spirit in overcoming seemingly insurmountable odds.”

We are honored to have our courageous Advisory Board. They advocate, provide financial support, advise on strategic plans, and help us fight CP. 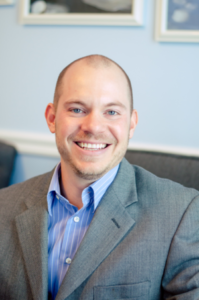 Chris Hendricks has reached over 100,000 people from all walks of life throughout the U.S., Canada, and Europe with his music, spoken word, and transformational stories of his personal journey. Chris was diagnosed with cerebral palsy at the age of four, which gives him a unique perspective on leadership, creativity, and self-worth. Chris currently works for AFLAC, where in just his first year he had the second-highest company sales in North Carolina. 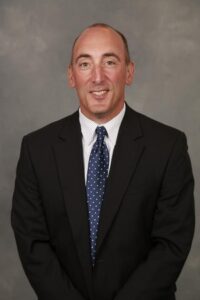 Rich Jureller is the president of the Buffalo Sabres Foundation and director of community relations for the Sabres hockey team. A lifelong resident of Buffalo, Jureller has worked for the Sabres since 2005. During the 2015-16 hockey season, he helped develop a partnership with the Buffalo Sabres and the Make Lemon Aide Foundation for CP and continues to be a proud supporter of the organization today. Jureller was the 2016 recipient of the Hedwig &quot;Dee&quot; Moss award given out by Big Brothers Big Sisters of Erie County. His early career was spent working for Jim Kelly Enterprises, where he worked for 10 years for the Hall of Fame quarterback. Jureller is a graduate of Medaille College.

Celebrity Board of Advisors

Our celebrity advisors share their talents, success, and time to help us fight CP – so one day it will no longer be known as the “forgotten disability.” 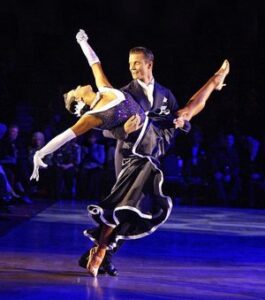 Mayo has a sister with extensive disabilities and the inability to walk on her own. He supports the Make Lemon Aide Foundation for CP as a powerful source of optimism and advocacy for the often misunderstood condition of Cerebral Palsy. 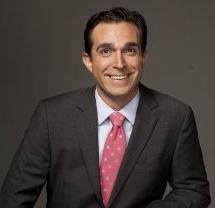 Todd Santos is Chief Meteorologist at WIVB Channel 4 and is proud to have been involved with the Make Lemon Aide Foundation for CP since 2015. He has been living in and forecasting for Buffalo and surrounding areas since 2013. Prior to that, he was an on-camera meteorologist for The Weather Channel and MSNBC. Todd lives in Buffalo with his wife, who is a Western NY native along with their son and dog. Outside of work he enjoys sailing, skiing, mountain biking, and spending time outdoors.

CP Family Board of Advisors

Our family advisors bring the CP community together through various efforts, are the voices for their children, and advocates for our mission. 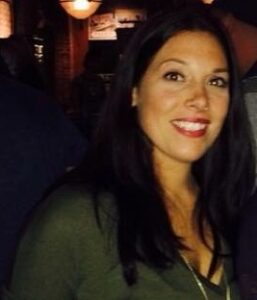 Kristie Maxon is a compassionate wife, friend, daughter, volunteer, and, most importantly, mom to
Brayden, one of our CP Warriors. Kristie lives in West Seneca, NY with her husband, Patrick, and two sons. When Kristie isn’t working her home MLM business with Young Living, she’s advocating for the Make Lemon Aide Foundation for CP and other partners, including the Aspire Center for Learning, The Miracle League, and Sensational Fun. Kristie attended Hilbert College in Hamburg, NY, and holds a BA in Criminal Justice with a minor in criminal psychology. Her wish for CP is that ultimately we find a cure, but in the meantime, she hopes that this foundation and the many people who are a part of it become a huge part of the reason CP becomes nationally funded and more research can be done. She also wishes for love and acceptance for all those battling this diagnosis. 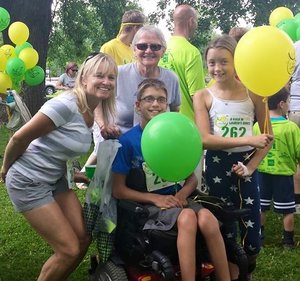 Kelly Heine is blessed to be mom to Dylan and Quinn. Dylan is a proud CP Warrior, who was born prematurely at 33 weeks and diagnosed at 10 months. Quinn is Dylan’s biggest supporter. Kelly graduated from the University at Buffalo with a BS in Business Administration. She works part-time as a certified personal trainer at World Gym and as Business Development Manager for Benzinger Clothing Care. She also volunteers with Special Olympics New York Western Region for the annual Polar Plunge, and Hamburg Central Schools PTA as Middle School Treasurer. Kelly is excited to be a strong supporter of the Make Lemon Aide Foundation for CP and to spread the word to other families dealing with CP.

As any mother of a child with cerebral palsy (or special needs) will attest, day-to-day life includes multiple doctor visits, physical therapy, occupational therapy, chiropractic care, massage therapy, helping with homework, and researching all avenues for therapy and a cure. She hopes for acceptance and integration with peers and throughout life so that Dylan and all children with cerebral palsy have full and happy lives.

Our team wouldn’t be complete without the efforts of our CP ambassadors who support the foundation in a variety of ways. 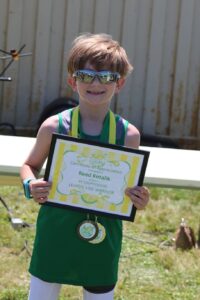 After being diagnosed with cerebral palsy, Reed has refused to let it stop him from being the best athlete and person that he can be. Since 2015, Reed has competed at track and field meets across the US, with 33 podium finishes and 9 national championships. But it is his work off the track that truly distinguishes him.

In January 2018, Reed authored his first book Running with Reed: Be a Better Somebody that tells his story of becoming a nationally competitive runner despite his diagnosis, as well as highlights his devotion to being a better “somebody” and encouraging others to do the same. Proceeds from the sale of Reed’s first book have enabled him to make a donation to the Make Lemon Aide Foundation for CP and assist 51 non-profit organizations across the US and Canada. His second book “Running with Reed: Challenge Yourself” is scheduled was released in 2019.

In 2018, Reed traveled to 20 states across the US and Canada to spread awareness for the needs of those with CP, assist hospitalized children and their families, and help communities in any way that he could. Reed was the National Ambassador for the Make Lemon Aide Foundation for CP in 2016. The Amateur Athletic Union named him a National Spotlight Athlete for his service to others and his athletic accomplishments despite such adversity. 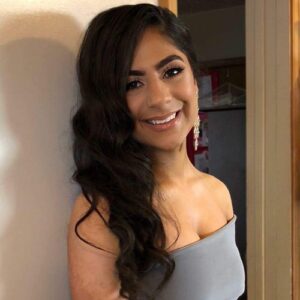 Julia is a student at Medaille College in Buffalo, NY. The biggest influence in her life is her little brother Joey, who is a CP warrior. Even though Joey has limited speech and physical abilities, Julia is inspired by his strength, resiliency, and happiness. Over the past few years, she has volunteered for the Walk/Run/Roll in Lauren’s Shoes, created a Zest for Life fundraising team, and lead a fundraising project at her high school, Mount Mercy Academy.

Through all her efforts, Julia has helped raise thousands of dollars for the Make Lemon Aide Foundation for CP. In the future, she plans to grow Joey’s CP team and become more directly involved in the foundation. “The Make Lemon Aide Foundation for Cerebral Palsy has introduced me to a whole new community of amazing people that has brought my family, especially Joey, a comfortable, inclusive, and uplifting environment that continues to show that people with Cerebral Palsy CAN do anything!” 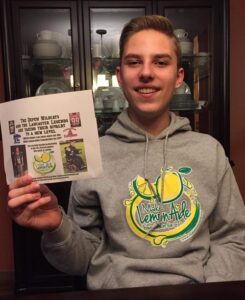 Justin graduated from Depew High School in New York, and is currently attending Cornell University to study law.  Justin was born prematurely, has Cerebral Palsy, suffered a stroke, and doctors believed that he would never walk or talk. Through his hardships, he has learned that hard work and determination pay huge dividends.

Some of his proudest physical achievements are obtaining the rank of Black Belt in Tae Kwon Do, playing in a softball league, and volunteering in a special needs baseball league. Academically, Justin carries an average above 100 while taking multiple AP and Honors classes. Justin hopes to attend Harvard for Political Science and continue on to law school.

In middle school, Justin tried out for the cross country team and at his pre-screening physical the school doctor said, “You have Cerebral Palsy and think you can run?” Instead of dwelling on the way the doctor treated him, he decided to take a more meaningful course of action. He started running 5K races while raising money for CP. He proved that he can, in fact, run, while raising money for a cause near and dear to him.

Justin’s twin brother has epilepsy and cerebral palsy, which requires the aid of a walker to ambulate and faces challenges with just about anything he does. Justin admires his brother and boasts that he is the strongest person he knows. This admiration motivated him to complete a 5K run while pushing his brother in a jogging stroller.

Each year Justin creates a fundraising team and runs in the annual Walk/Run/Roll in Lauren’s Shoes 5K/1M Honorary CP Walk event. He recently spearheaded a huge fundraising effort at his school. Through these events, he has raised thousands of dollars for the Make Lemon Aide Foundation for CP.